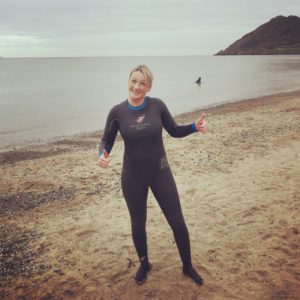 I was really looking forward to blogging about how awesome my first attempt at triathlon was in this week’s post but unfortunately it’s been over shadowed by the events of the last couple of weeks and not only do I not feel like recalling the tri as I’m now stuck in training limbo but this subject is far higher on the importance list and maybe someone somewhere can offer some help.

Just before I go on, this is very unpleasant, if you stop reading further or hate I’ve discussed this it’s totally understandable….

Ok so where to start??! I did my first sea swim almost two weeks ago now and by all accounts it went well…I didn’t drown, I managed a little front crawl but above all I didn’t panic about the open water, I was delighted! I swam in Bray with Corinna (who taught me to swim) and a few of her swim buddies. All in all a very positive experience AND I fitted in the wetsuit. I was delighted, I bought it last year and it’s been taking up space in the wardrobe even though I’d done a few water sports since I’d just hired others, I wanted this one for swimming only. So here’s me happy out after my swim.

That is indeed a child snorkelling in the background and not a shark!!

After the initial swim I had a few marks on my body that turned into an unpleasant rash over the weekend. I’ve had reactions before to skin care products and washing powders so during a visit to the doctor we devised it to be the change of washing powder. I was pretty pissed off with myself, this rash was rather aggressive and now I was on steroids and off training and swimming until it calmed. In hindsight (as you’ll no doubt agree) I probably should have questioned the severity of the rash as it wasn’t the usual few spots of skin telling me it doesn’t like something.

It started to calm down so I successfully did a easy non sweaty 5km run with my friend George (he’s an ultra runner who fortunately had done something like 31 miles the day before so was in no position to make it a fast one!!) it went well and recovered within a minute of pulling up so was delighted I wasn’t losing fitness. I also had a lovely swim in the pool (dash from changing room to pool to avoid stares at the marks on my skin) where I did around 16 lengths back to back, no snorting, spitting or spewing required….I was back in the game and pure delighted I hadn’t gone backwards for the break.

On Monday 1st of May I was just pottering about, hanging out with my horse, catching up with friends (it was bank holiday, I don’t normally get to swan about on a Monday!!) when Corinna invited me to swim with a few of them that evening in Bray, I jumped at the chance. I flew home, changed into my swimming costume and danced my way into my wetsuit and off down to do my second sea swim.

This swim didn’t go so well as there was more movement in the sea and I was a bit more reluctant to do front crawl but I swam away behind the others and again no panic attacks equates to a good enough day for me. Happy out I chatted away to the girls as I changed out of my gear in the car park and off home for a shower…in that moment I was so happy, I’d swam, that day I’d made a decision to move house and my training was going well, Corinna assured me again I wasn’t crazy for thinking I could do IM Dublin 70.3 this year (that’s the goal….although it may now need adjusting) although I’m not really sure if she’s just saying it to be nice sometimes!

I got home, showered while my pizza cooked in the oven (hey, I never said I was a saint yet….work in progress) and sat down to chill for the evening…quite the opposite occurred…I started burning up…

The same areas as the last week started burning, not legs or arms, it was all over my torso, front and back, from the tops of my thighs to my neck, the only areas unaffected were the top of my chest, front of my shoulders and thankfully my face (that may sound incredibly vain but as I’m about to venture into the details of how this presented itself you will cut me some slack I hope!). I went to bed around 11pm unable to wear any clothes and just hoping i could keep it together until the doctors opened at 9am…I just kept thinking of trying to hold it together and counting down the hours, I saw every minute of the clock.

So what was happening at that stage (and I’m sorry to gross you out) was not only was I burning up but I was swelling in areas too, I went to the bathroom several times to check the mirror and lets face it, it’s not pretty at the best of times but I didn’t recognise what I was seeing, I was so swollen between my legs (I did warn you!!) that I could barely walk and the skin I was seeing was not my own. It was starting to weep (at this point I nearly was too!!) and I was horrified to find that my nipples were too (admitting that is upsetting so be easy on me!! My mates have already nicknamed me sticky nipples….is that some kind of a shot??). I considered going to A&E but I couldn’t walk, certainly couldn’t drive and didn’t really want to disturb my housemate as she had work the next day. The next hours were just spent wiping up the mess and trying to be in a position where nothing was touching off me.

Luckily my doctors surgery is about 30 steps from my bedroom and when I rang them at 9am (ok, I’m not going to lie, I’m not sure if it just hearing the voice on the phone or what but I just burst out crying on the phone, I couldn’t be brave any longer) they said come around straightway. A quick minute with the doctor and an ambulance was called to take me to A&E…I’d barely got my pants off!

I’ll spare the rest of the gross details but I was kept in until the next day when they saw that the drugs they were pumping into me were starting to take effect. Steroids, two antibiotics (not only allergy but infection too) and antihistamines all of which I now have in tablet form for the next week or so until it is gone. I’m on a six hour routine with the drugs so if I look like shit right now it can be attributed to lack of sleep!

Training of any form is cancelled for the foreseeable until there is not a trace left on my skin, no swimming, no sweating just relaxing and healing, I am absolutely gutted. Yes, I’m lucky, it could have been worse and it will all heal up and all the lovely positive things people want to say to me right now to cheer me up but I am allowed to feel gutted. This has set me back from my goals and for me that’s hard to take, I was coming into this already with a broken up body and now it feels like this challenge just got a million times harder…why? Well I’m sure you have guessed by now the chances are the allergy (quite possibly the infection) is from my wetsuit.

It’s a sweeping statement at present and it doesn’t make sense, my primary research (limited as you can imagine) shows that it’s not uncommon for people to have an allergy from something in their wetsuit but I have yet to find any evidence that it presents itself in the way it did on me. Was it the wetsuit? Is it the swimsuit/wetsuit combo? The water? None of it makes sense to me. I’ve worn loads of wetsuits, all with that swim suit under them, is it just this one? I’ve only worn it the twice.

Finding out what occurred is the main goal now, this can NEVER happen to me again, since Monday night until now has been a nightmare, it was extremely traumatic for me and I say that without any hint of exaggeration, I can NEVER experience this again. But if I want to continue and successfully complete an Ironman I have to find a way to swim in a wetsuit, just right now the thought of going through the fear of experimenting with other wetsuits is extremely daunting. If anyone can offer up an opinion on this I am grateful for any help.

Sorry this is a miserable post but I’m in this for the long haul and it was always going to be a worts and all journey, I never expected we’d be discussing some of the things in this post but you know what, after having half of the A&E staff checking out your bits and pieces in their most horrendous form you kind of get over the shame of it a little.

I say it time and time again but before I sign off I want to say I am so lucky to have the friends and family that I do, everyone was really kind and concerned in my most awful of times and my mates Rachel and Sophie came in to hospital to cheer me up and make me laugh while we had the most inappropriate of conversations. Also Soph was probably checking up on her investment, she’s making me a banner for my IM and on the worst days when I give out about how awful I am or I can’t swim she says to me ‘don’t make me have to find another Fiona!’ Hopefully she won’t, this is only a set back right?? 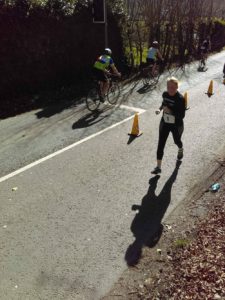 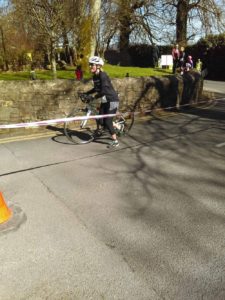 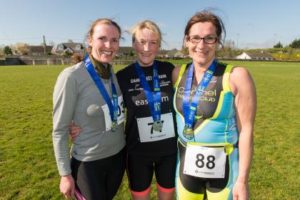